The removal of the new species pacificus and trogolodytes and their 43 associated subspecies left only two subspecies within the newly-constituted North American Winter Wren: hiemalis, breeding in eastern Canada and the northeastern USA and wintering north to extreme southeast Nebraska and east and south within the eastern USA, and pullus of the Appalachian Mountains (Gill and Donsker 2017).

Changes Since 2000: It may be significant that the earliest of the 20 fall and early winter reports of this species in the western half of Nebraska was in 1989. Currently, Winter Wren is less-than-annual in the west.

Summer: A singing wren 23 May-13 Jun 2000 at Tyler Falls in the Fort Niobrara NWR, Cherry Co (Silcock 2000a, 2000b) was tape-recorded and determined to be a Winter Wren, not a Pacific Wren (Jorgensen 2003), but no evidence of breeding ensued (Mollhoff 2022). The nearest breeding areas for Winter Wren are in northeast Minnesota and Wisconsin.

Migrants arrive in late Sep, with an apparent peak in numbers in Oct. There are earlier reports 2 Sep 2008 Scotts Bluff Co and 9 Sep 2014 Dawes Co; identification of the latter as this species was confirmed by call notes. Sep early dates in the east are undocumented, but cluster in mid-Sep.

In 2020, however, there was an apparent influx of birds in the west and west-central, perhaps reflecting increased excellent observer coverage there and continuing a trend of increasing westerly reports; the 11 reports almost doubled the prior number of 15, and were clustered in Scotts Bluff, Keith, and Dundy.

Winter: Regular wintering is restricted to sheltered areas in the southeast, often associated with warm water springs or other small water features that remain open; it is a marginal wintering species in Nebraska, probably due to its preference for an insectivorous diet (Bent 1948). There are scattered reports elsewhere, notably on the Pine Ridge, in Keith and Lincoln Cos, and along the central Niobrara River. Ducey (2007) reported a series of sightings on open streams between Nenzel, Cherry Co and northern Brown Co 4 Nov 2004-Feb 2005. Additional reports in the central Niobrara River Valley from Ducey (pers. comm.) are six sightings 10 Jan-3 Feb 2006 at six locations, as well as sightings 30 Oct 2016 at Anderson Bridge WMA, 23 Dec 2016 at Smith Falls SP, and 28 Dec 2020 at Meadville Bridge. Rosche (1982) considered Winter Wren a “rare winter visitor” in the northwest, and suggested that few if any survive the winter, as he had no Mar records. The only Mar records away from the Missouri River Valley are 10 Mar 1998 Gering Cemetery, Scotts Bluff Co, 14 Mar 2015 Dundy Co (recorded; confirmed this species), 18 Mar 2018 near Chadron SP, Dawes Co (recorded; see Comments in Species Account for Pacific Wren), Boone Co 27 Mar 1986 (Williams 1986), and Brown Co Mar 1971. (see Spring). Even in the southeast there are few Feb and Mar reports, indicating that the species may not overwinter (or survive in the attempt) every year. Winter Wrens were found in 43 of 49 years (1966-2015) on Nebraska CBCs, with a high count of 10 in 2010-2011.

It is possible that reports before 2010 from western Nebraska may be of the newly split Pacific Wren (Chesser et al 2010; see Taxonomy, above, and Pacific Wren account). 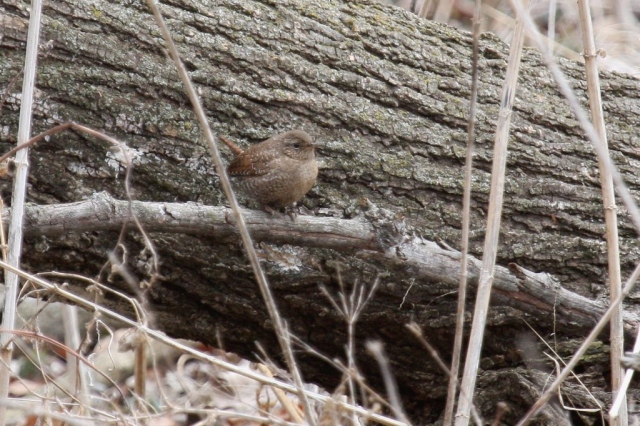