Arrivals are concentrated in mid-Mar, coincident with the spring thaw; numbers peak mid-Mar through mid-Apr.

Summer: Breeding densities are traditionally associated with the availability of wetlands and tree cavities for nest sites and thus numbers are highest in the east and south. Lowest densities occur in relatively treeless areas of the western Sandhills, Panhandle and Southwest. Placement of artificial nest boxes, especially during the latter part of the 20th Century, along with maturation of riparian habitat in central and western Nebraska, has contributed to the increases in numbers and expansion in range. The first reported nesting in the Panhandle was of two nests, each with nine eggs, in nest boxes 23 Jul 1983 in Scotts Bluff Co (Alice Kenitz; Mollhoff 2022).

Most Wood Ducks breed at one year of age, but late nesting in the prior year may delay maturity and result in a skipped breeding season; this scenario may account for large numbers of apparent non-breeders in Jun, such as the 153 at Verdel Landing, Knox Co 2 Jun 2019. Earliest broods appear in early May, and flight is not achieved in Nebraska broods until mid-Jul.

Flocks form in Aug as juveniles mature, such as 60-65 at Box Butte Reservoir, Dawes Co 12-22 Aug 1994. Departure dates are clustered in Oct, although individuals linger into Dec and straggle into early Jan away from wintering areas. A group of 16 in Lancaster Co 10 Jan 2016 was late for that number. 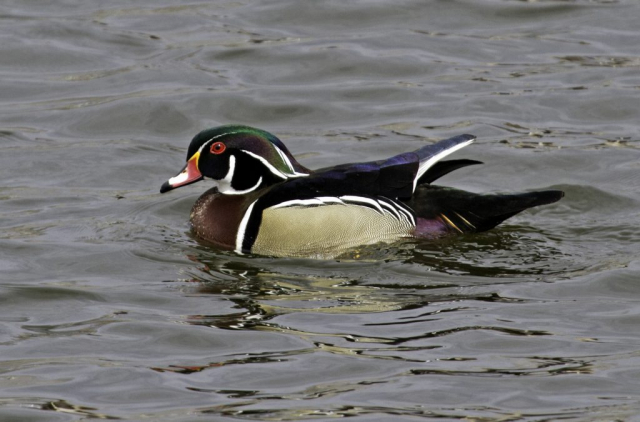 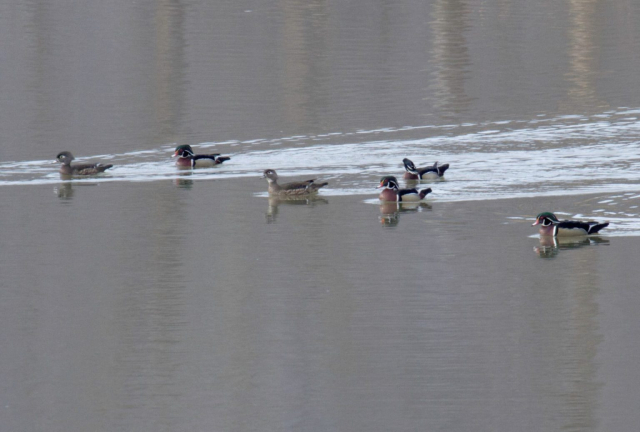 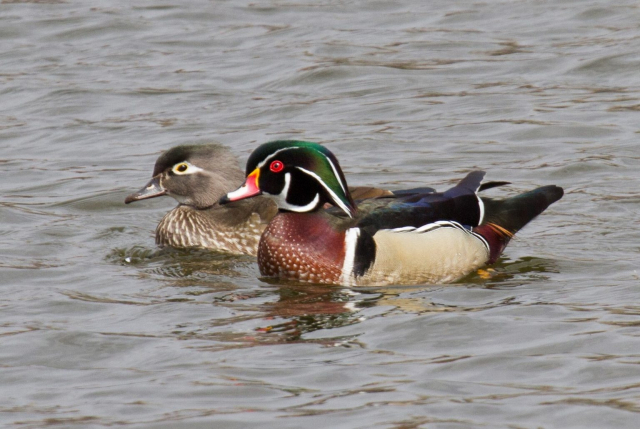