Summer: There are three accepted records:

Comments: At the time of the 2014 sighting, there were reports around the same time from Minnesota and Kansas; Edward Raynor commented on KSBIRD-L “The Wood Stork at Marais Des Cygnes is likely a post-breeding individual from Central America. Unlike the rather endangered, sedentary population in Florida, Georgia, and South Carolina, Wood Storks that annually arrive at Texas, Louisiana, and Mississippi’s catfish and crawfish aquaculture operations are known to come from colonies in Mexico and other Central American colonies. They spend mid-summer to early fall at these bountiful operations and some even winter along the coast.”

Wood Storks are only rarely seen on the Great Plains; occurrence is similar to that of Roseate Spoonbill. There are three Colorado records, all Jul-Aug, but none since 1934 (CBRC 2018). eBird (eBird.org, accessed December 2017) shows records essentially east of the Great Plains, from eastern Nebraska and Eastern Kansas to Minnesota, Iowa, and Missouri and southeastward; all but two are Jun-Aug. 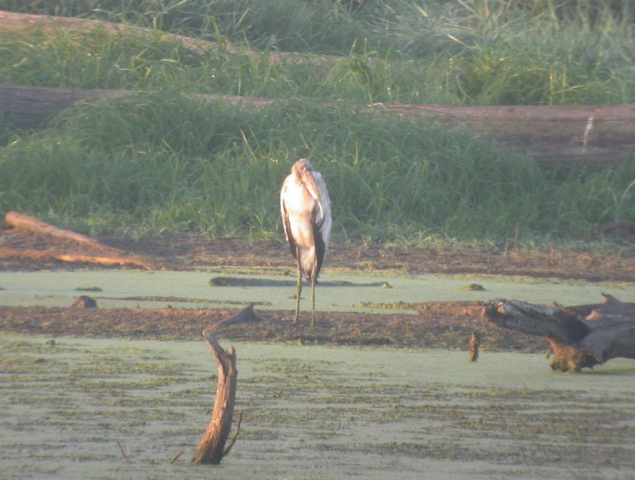