There are about 56 reports in all, mostly in the east, 16 Apr-4 Jul; among these, only the above dates are documented, but see Summer for Jun-Jul reports.

Summer: Breeding has not been confirmed in Nebraska, but may have occurred 100+ years ago. Bruner et al (1904), included a sighting by Aughey in the southeast in Jun 1875, Jun and Jul occurrences around Omaha, Douglas Co and several reports from the Lincoln, Lancaster Co area, notably “all summer in deep woods near Roca in 1903,” where “breeding” was “almost certain.” That this species was apparently more common in the Missouri River Valley around 1900 is supported by Robbins (2018): “Shirling … recorded 21 singing males at Swope Park, Kansas City, in Jun 1916, but it had “mostly vanished” as a breeder there by the late 1920s”.

This species occurs in deciduous woods, with a preference for deep ravines near streams or rivers (Robbins 2018). There is a disjunct breeding population in northwest Missouri (Vitz et al 2020) at Bluffwoods CA near St Joseph (Robbins 2018). 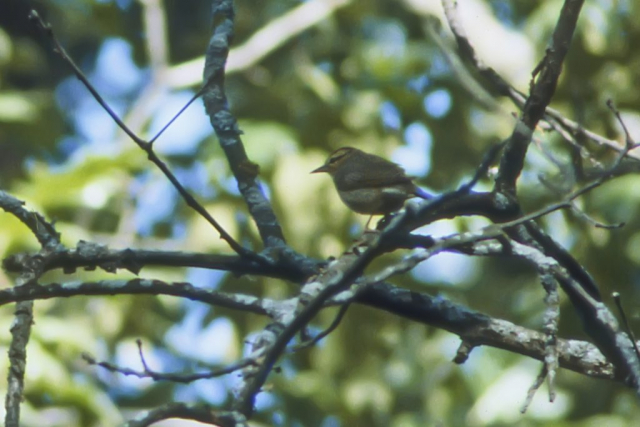