Summer: Highest densities occur in the southeast (Sauer et al 2017) and the species become increasingly rare and restricted to stream corridors westward. The species was rather numerous at Indian Cave SP, Nemaha and Richardson Cos 2012-2014 when 95 were detected during breeding bird surveys, but only two were detected at Ponca SP, Dixon Co during the same period as part of the same study (Jorgensen et al 2014). In the Niobrara River Valley, Brogie and Mossman (1983) listed it as uncommon in the Niobrara Valley Preserve, and it was present in central Cherry Co at Anderson Bridge in summer 1982 (Ducey 1983). Jorgensen (2012) considered it rare, status poorly known, in the Rainwater Basin. Helen Hughson (personal communication) noted in 2006 that “in all the years we have been here [southern Sioux Co] I think maybe we have had four nestings of them with real fledglings”; one was there 4-7 Jul 2011. Rosche (1982) also considered it uncommon in the northwest.

According to Hughes (2020), “the onset of breeding is apparently correlated with an abundant local food supply”, and “Growth rapid, 17 d from start of incubation to fledgling—among shortest for any species of bird.” Yellow-billed Cuckoo is one of very few bird species that may in certain circumstances parasitize other bird nests as well as construct their own (Hughes 2020). One was seen briefly begging food from an American Robin in Douglas Co 23 Jul 2020. 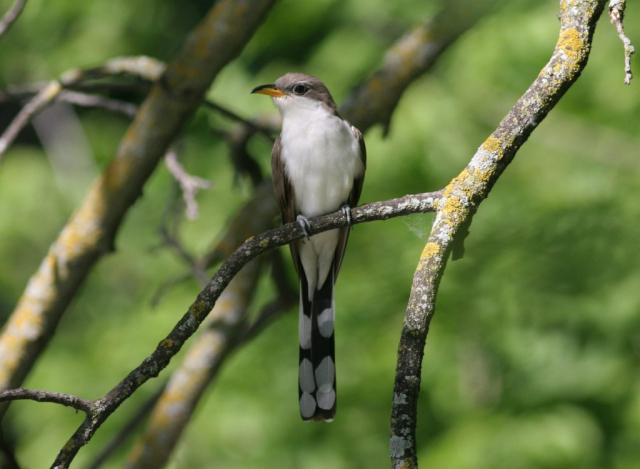 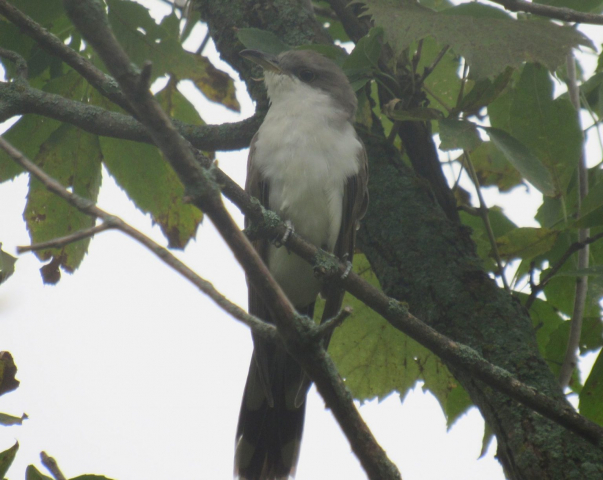