Taxonomy: Five subspecies are recognized (Gill and Donsker 2017), one of which, violacea, occurs in North America; three others occur from Mexico to Brazil, including Socorro Island, and there is an endemic form on the Galapagos Islands.

Arrival dates are generally in the first third of May; spring records are probably of overshoot spring migrants, as Nebraska is north and west of the breeding range.

Summer: The only confirmed record of breeding is of a nest in Fontenelle Forest, Sarpy Co 4 May 1963 which was later abandoned; birds had been in the area for three years prior (Sharpe 1964). During the 2012 “invasion” by this species (see below), an adult was seen feeding one of three young at Jack Sinn WMA, Lancaster Co 22 Jul (Klaphake; Mollhoff 2022). That these are the only confirmed records of breeding is surprising in that the species is a regular breeder as close as northwest Missouri and northeast Kansas (Mark Robbins, pers. comm.). A partial explanation might be that this species tends to be a solitary nester in rather inaccessible habitats.

These nearby non-Nebraska breeding birds may be the source of dispersing juveniles at dates early enough to be suggestive of local breeding. The two reports are of a “fairly young” bird at Fontenelle Forest 29 May 2006 where an adult had been seen previously, and a recently fledged juvenile found on 18 Jun 1980 in northern Lancaster Co that had down feathers on the body and incompletely emerged primaries (Ducey 1980). One near St Deroin, Indian Cave SP, Nemaha Co 14 Jun 2017 may have been breeding. A “fresh juvenile” was at Harvard Marsh WMA, Clay Co 1 Jul 2001 (Jorgensen; Silcock 2001).

There are numerous reports in the period mid-Jun through mid-Aug; most are northward dispersing juveniles in the Rainwater Basin and southeast. This species staged a mini-invasion in late Jul-early Aug 2012; Jack Sinn WMA, Saunders and Lancaster Cos hosted 1-4 from 16 Jul (two juveniles) through 29 Jul (three juveniles) and 17 Aug (1-2 juveniles) along with an adult 18-24 Jul. During this 2012 invasion, there were three northerly reports, only the 2nd-4th such reports: an immature in Antelope Co 23-26 Jul, a county first for the veteran observer, an immature in Dodge Co 25 Jul-4 Aug, and an adult and two juveniles in South Sioux City, Dakota Co 27 Jul-16 Aug. These northerly sightings appeared to be of birds undergoing normal late summer dispersal, but overflying dried up wetlands in their search for water. The only other previous northerly report is of a juvenile north of Crescent Lake NWR, Garden Co 27 Jun 2010. Another incursion involved 12 juveniles scattered around the southeast Aug-5 Oct 2022, along with a single adult in Lancaster Co 3 Sep-5 Oct. 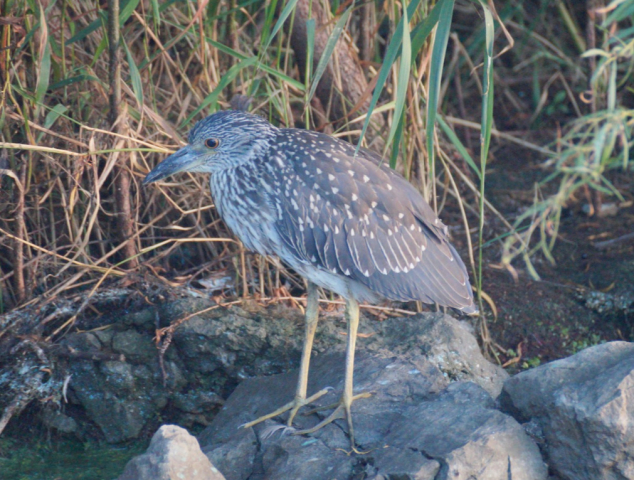 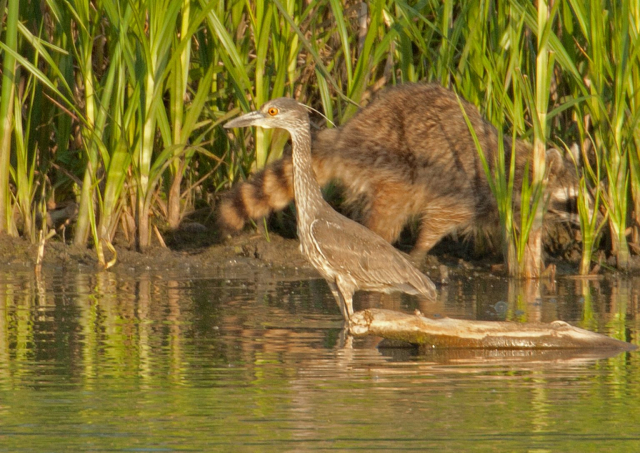 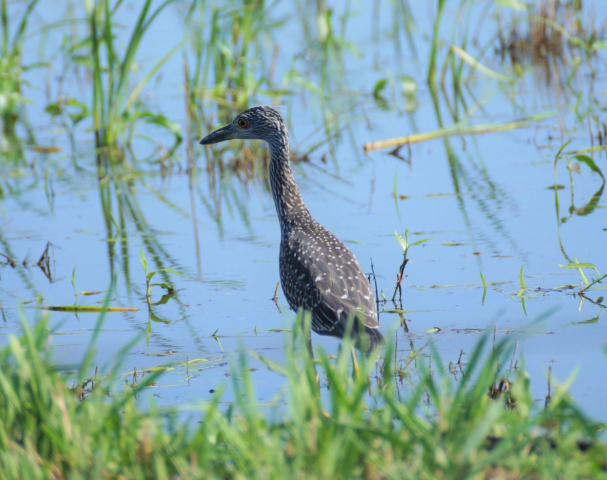