There are at least 38 reports from the central and four from the Panhandle. The only documented Panhandle records are of one photographed at Crescent Lake NWR 26 May 2009, one “well described” at Antioch, Sheridan Co 6 May 1931 (Rosche 1982), and a specimen taken at Oshkosh, Garden Co 20 May 1917 and identified as the expected subspecies albilora by Oberholser; it was #2892 in the Brooking Collection (Swenk, Notes Before 1925), but it cannot now be located.

Summer: Neither Johnsgard (1979, 1980) nor Ducey (1988) listed this species as breeding in Nebraska. Since 1981, however, it has been reported in summer from sycamore (Platanus occidentalis) stands at Fontenelle Forest and since 1997 at Krimlofski Tract, Neale Woods, Washington Co. At Fontenelle Forest, singing territorial males are now regular. Confirmation of breeding at this location was obtained in 1989 when birds were observed gathering nesting material on 4 May (Toll; Grzybowski 1989), establishing the northwest limit of the breeding range for the species. Adults were feeding young at Fontenelle Forest 6-9 Sep 1999 (Padelford and Padelford; Mollhoff 2022), and two birds were carrying nest material there 1 May 2004 (Padelford and Padelford; Mollhoff 2022). At Krimlofski Tract, one was singing and carrying insects 26 Jul 2003, indicative of the presence of a fledgling.

Mollhoff (2016), in addition to the sites mentioned above in Washington and Sarpy Cos, showed breeding season reports during 2006-2011 in southeastern Thurston Co at Ashford Scout Camp, eastern Seward Co at Bur Oak and Twin Lakes WMAs, central Jefferson Co, and northern Buffalo Co near Ravenna along the South Loup River. Oddly, there are only three breeding season reports from Indian Cave SP, Nemaha and Richardson Cos 25 May 1985, 13 Jun 2020, and 17 Jun 2006, despite the presence of apparently suitable habitat including stands of sycamores. One was at Falls City, Richardson Co 2 Jul 2017 (eBird.org). None were detected at Indian Cave SP during surveys conducted in early Jun in the years 2012, 2013, and 2014 (Jorgensen et al 2014). The slowly increasing number of summer reports may be associated with increasing numbers in the northwestern portion of the species’ normal range in central Missouri (Sauer et al 2017).

This species winters in the southern USA, unlike most species in its genus. 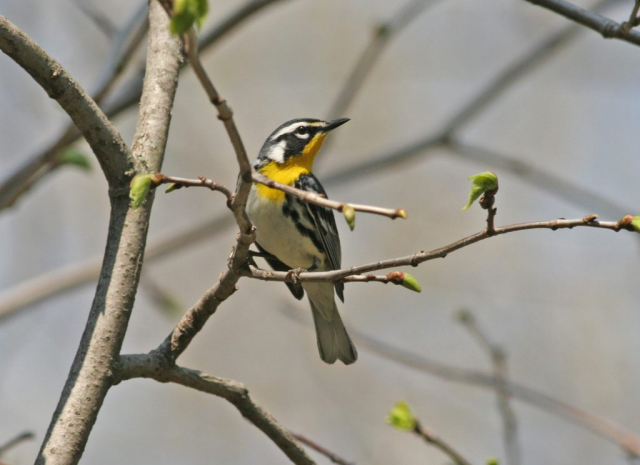