This species hybridizes extensively with Herring Gull; the hybrids, often referred to as “Cook Inlet Gull” after the primary location of hybridization (Williamson and Peyton 1963), often bear a close resemblance to Thayer’s Gull, but are generally bulkier. Two essentially identical first basic white-winged gulls which may have been introgressants of this species and Herring Gull were observed and photographed at Lake Ogallala 16 Feb 1996 (Silcock and Jorgensen 1997). This introgressant is now (2020) “about as common” in Colorado as Glaucous-winged Gull (Steven Mlodinow, personal communication).

Fall: The single report cited here is considered a fall record as it coincides with fall migration peaks of other large white-headed gulls and apparently did not winter.

A report of one at Lake McConaughy, Keith Co 23 Dec 2021 was not accepted by NOURC; the observer’s description follows: A large gull with broad wings, larger than both the attendant Herring and Lesser Black-backed Gulls. The upperparts were overall concolorous dingy grayish-brown, darker than Glaucous Gull, paler than Herring Gull, and within range of Thayer’s Gull. In particular, the primaries were uniform, with no dark tips to the primaries, and the outer primaries the same darkness as the inner ones. The tail was solid grayish brown contrasting in pattern with the uppertail coverts which were pale grayish with moderate darker speckling and/or barring. The head was uniformly grayish brown. The bill was black and appeared thick. The head and chest were robust. The underpart markings were not observed, or at least, not noted. Of note, as the bird circled, various feather tracts in the wings would contrast with each other, not in color or darkness per se, but would still look a bit patchy – an appearance common in young Glaucous-winged Gulls due to the varying amount of internal markings within these feather tracts

Comments: The records of this species from surrounding states are vastly skewed in favor of Colorado. Of a total of about 37 records, 29 are from Colorado (CBRC 2017) and two from Wyoming (Faulkner 2010), emphasizing the preference of the species for westerly Great Plains reservoirs. Glaucous-winged Gull is now (2020) annual in Colorado (Steven Mlodinow, personal communication). There are only four records in all for Kansas (Thompson et al 2011), Missouri (MBRC 2017), and Iowa (Iowa Ornithologists’ Union 2017). All but six of the records are in the period 11 Dec-1 May, and about 65% are Jan-Mar. 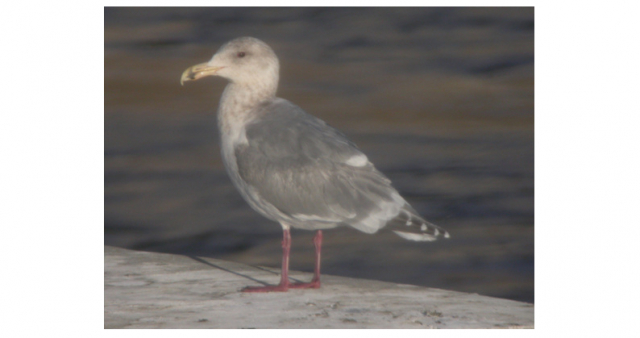 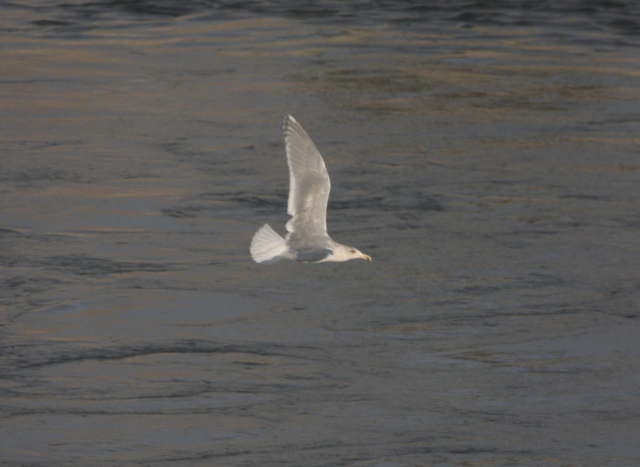