A recent proposal to AOU to lump the redpolls, including Common and Hoary Redpolls has not yet been voted upon (AOU 2016), but a recent genomic-based paper considers all redpoll forms to be a single species (Funk et al 2021). See Taxonomy discussion in the Common Redpoll species account.

There is no evidence regarding which Hoary Redpoll subspecies occurs in Nebraska.

Winter: There are 12 reports of this species for Nebraska. Only one has been accepted by NOURC, a single bird with Common Redpolls in Sioux Co 3 Dec 2022 (Steve Mlodinow, eBird.org; photo in this account). However, only three other records, all in 2013, have been submitted to NOURC, none of which were accepted. Thus, at the NOURC level, there is a single accepted record, 3 Dec 2022, first (and only) NOURC-examined record for the state. See Comments, below.

Prior to establishment of NOURC however, Bray et al (1986) accepted four of five records that occurred prior to 1986, including the record cited above under Documentation:

Jan 1970 Custer Co (Cortelyou 1970). “I couldn’t believe the whitish look of a few with the Commons. They had a striking white rump and lack of streakedness there”.

27 Feb-15 Mar 1972 Offutt Base Lake, Sarpy Co. “The Hoary Redpoll was found at Offutt Base Lake by Terry Maxwell and was observed over a period of days by others. It was very white, with a white rump and a distinct lack of streaking on the sides. It could be picked out of the flock of Common Redpolls easily without binoculars” (Cortelyou 1972, Williams 1972). It should be noted this record was submitted to eBird by Graham Chisholm and accepted by the eBird reviewer.

After 1986 and until 2013 there were only two records, neither submitted to NOURC, but one of which we consider acceptably documented:

Comments: The three 2013 reports submitted to NOURC were treated conservatively by the Committee and none were accepted. However, we believe that these records, all accompanied by a photo, were suggestive of Hoary Redpolls, or at least represent the pale end of a phenotypic continuum of a single redpoll species that rarely occurs as far south as Nebraska. Perhaps significantly, during the same winter, there were six accepted records for Colorado, that state’s first accepted records (CBRC). Photos of the Nebraska birds were submitted to at least one observer from a northern state, who agreed that, if seen in his area, he would identify them as Hoary Redpolls. It is not unusual for Records Committees in states where Hoary Redpoll is unexpected to take a very conservative approach to Hoary Redpoll submissions. Applying the David Sibley Character Index for redpolls to the photos submitted in 2013, all three were found to be more likely Hoary Redpolls than not (Sibley 2008). As stated by Sibley (14 Jan 2008): “There’s nothing wrong with excluding some intermediate birds from being called Hoaries, as long as birders understand that some Hoaries are being excluded. This is conservative. But most people give redpolls very uneven treatment by demanding that Hoaries meet high standards, and then calling everything else Common.” 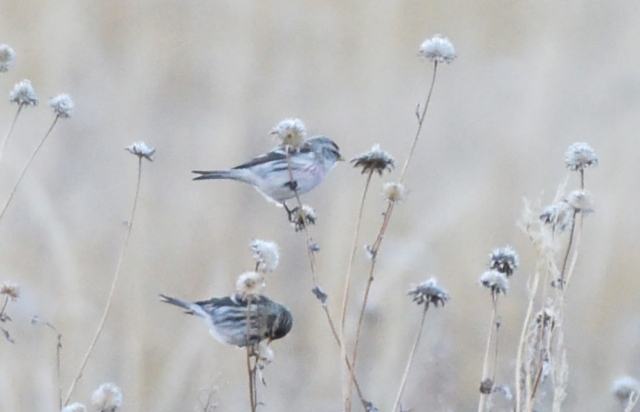 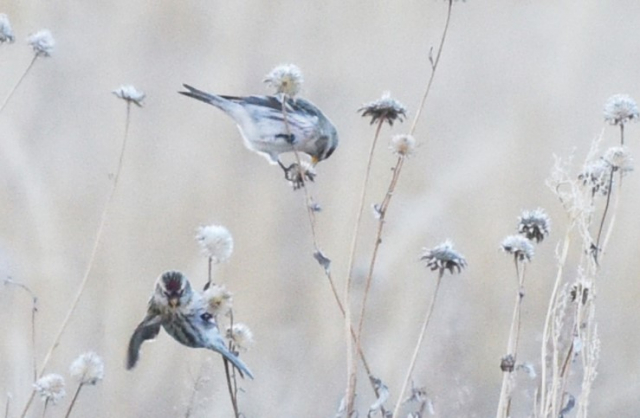