Changes Since 2000: The increasing number of reports in the Panhandle, especially in Scotts Bluff Co, suggests continuing westward movement of the range of this species; as pointed out by Carling and Zuckerberg (2011), the hybrid zone between this species and Lazuli Bunting is shifting westward also.

Summer: Around 1900, this species apparently bred only in the east, westward to the Grand Island, Hall Co area (Bruner et al 1904). As recently as 1958 this was still the case (Rapp et al 1958), although a specimen, UNSM ZM10413, an apparent phenotypically pure male, was taken at Glen, on the White River in Sioux Co, as long ago as 18 Jul 1910. This record, and the statement by Bruner et al (1904) that Indigo Bunting was present in the Niobrara Valley Preserve in 1900 suggests a corridor for birds to move west; Indigo Bunting has indeed spread westward since the 1950s along major river valleys, most notably those of the Niobrara and Platte; it is these two areas where contact with Lazuli Bunting has resulted in the most obvious hybridization (Short 1961).

According to Johnsgard (1980), Indigo Buntings breed throughout the Platte and South Platte River Valleys to Colorado; Indigo Buntings are common south of the Platte River Valley. Breeding west of Keith Co along the North Platte River Valley is limited; most males in the Keith Co area are hybrids with white abdomens (Rosche 1994; Johnsgard 1990), although Brown et al (1996) recorded only four birds with hybrid characteristics among 28 Indigo Buntings netted at Lake Ogallala. Rosche (1994) noted that Indigo Bunting had increased as a breeding species in the Keith-Garden Cos area around Lake McConaughy during the 1980s; it is possible that the incidence of hybrids in Keith Co has been reduced as numbers of Indigo Bunting have increased and the hybrid zone has shifted westward (Carling and Zuckerberg 2011). There are recent reports from Crescent Lake NWR, Garden Co, although none later than 9 Jun, suggesting that only migrants have occurred there.

There are numerous reports from the Scotts Bluff Co area, beginning in 1981, but most since 2014; recent reports suggest nesting (or at least hybridization) occurs in the Wildcat Hills and Scotts Bluff NM areas, from which there are four and eight reports respectively as of Aug 2019, including seven at Wildcat Hills 12 Jun 2014.

In the northwest, Rosche (1982) noted that it occurs in about the same numbers as Lazuli Bunting on the Pine Ridge, being most common in the Chadron, Dawes Co section of the White River drainage. Rosche (1982) “strongly suspects” however that there are “few, if any, pure Indigo Buntings present during the nesting season,”; most territorial males show some white on the abdomen.

Amazingly, an immature remained at a Dixon Co feeder 19 Dec 1998-2 Jan 1999; NOURC concluded that other Passerina buntings could not be eliminated from consideration, however (Jorgensen 2001). 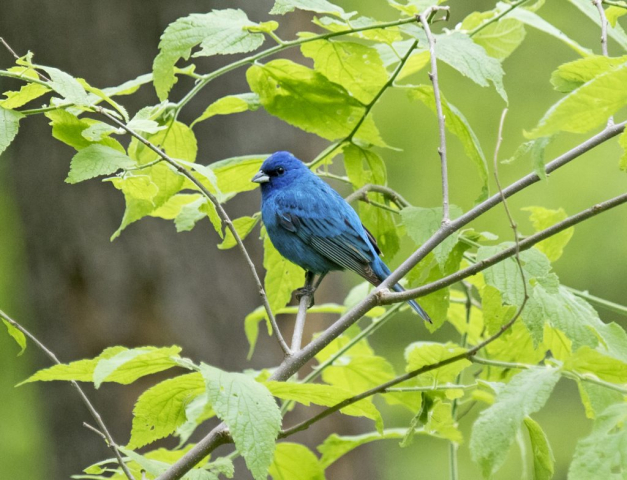 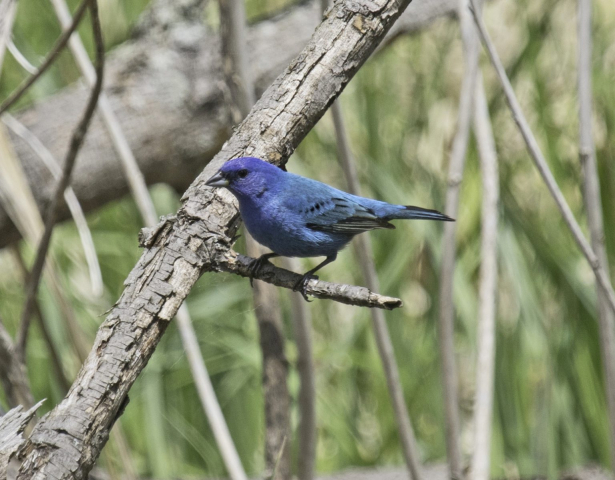