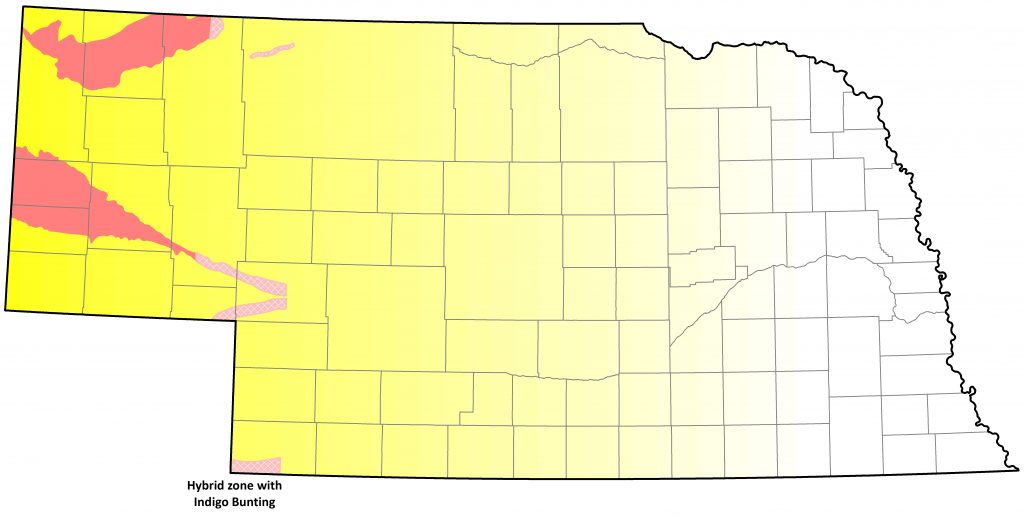 Summer: Currently, breeding is probably restricted to the Pine Ridge in Sioux and Dawes Cos, the Wildcat Hills and Scotts Bluff NM areas in Scotts Bluff Co, and Bighorn Escarpment in Scotts Bluff and Banner Cos, and probably the Niobrara Valley Preserve, Brown Co.

Although Johnsgard (1980) stated that Lazuli Bunting bred east to eastern Cherry Co, there are no recent breeding season reports between the Pine Ridge and eastern Cherry Co, suggesting that Lazuli Buntings breeding in the Niobrara Valley Reserve, if they continue to occur here, are disjunct and may be at risk of extirpation by genetic swamping by Indigo Bunting. Brogie and Mossman (1983) found several singing male Lazulis, albeit outnumbered 40:1 by Indigos, and considered Lazuli Buntings to have “certainly nested” in the preserve (Mossman and Brogie 1983). Ed Brogie found a nest with eggs as far east as Hoskins, Wayne Co 10 Jul 1977 (Mollhoff 2022).  Mollhoff (2001) showed summer occurrences in Keya Paha/Brown Cos in the period 1984-89. There are recent reports there 19 Jun 2015 and of three on 28 Jun 2015. One was in Cherry Co 28 Jul 2009, and singles were at Valentine NWR 3 Jul 2015 and at Fort Niobrara NWR 8 Jul 2008. One was about three miles east of Niobrara, Knox Co 5 Jun-3 Jul 2001, and one was found on a BBS route in Knox and Antelope Cos between 1967 and 1977.

Departure begins in Jul-Aug and is usually completed by late Sep.

Lazuli Bunting begins fall molt on the breeding grounds but suspends it to undertake a molt migration to the southwest USA, where the molt it is completed (Greene et al 2020). 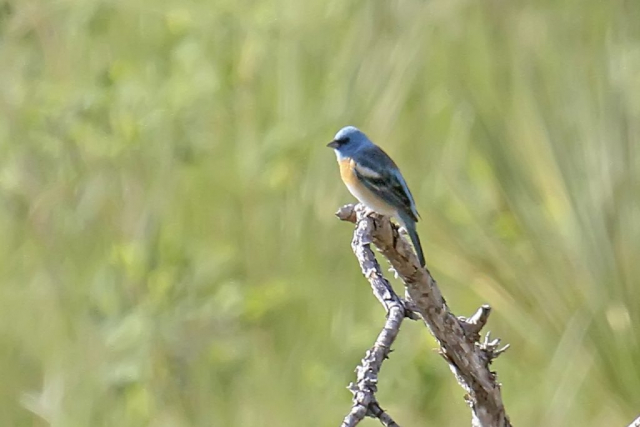 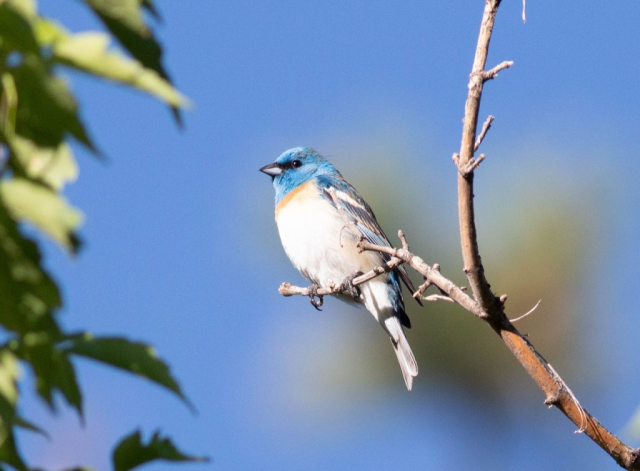