Short (1961) and Ford (1959) raised the possibility that Scarlet Tanager might occur far enough west in the Niobrara River Valley to come into contact and hybridize with Western Tanager. Citing a hybrid specimen between the two species (Tordoff 1950, Mowbray 2020), and noting that an individual seen near Chadron, Dawes Co in late Jun 1955 may have been a hybrid, Short (1961) suggested that the Niobrara River Valley was the best possibility for such contact on the Great Plains. However, neither Short nor Ford could find either species between Chadron, Dawes Co and Valentine, Cherry Co; Western Tanager has not been reported between the Pine Ridge and eastern Cherry Co in summer since.

A Nebraska record of a putative hybrid with Summer Tanager (P. rubra) is discussed in the Summer x Scarlet Tanager (hybrid) species account.

First year males are sometimes more orange than red; this is within the range of normal variation and does not elevate such birds to the status of “variant” (Wright 2014); one such bird, reported as a variant, was Platte River SP, Cass Co 29 May 2016.

Additional Panhandle records are of one in Deuel Co 17 May 2019, a male that hit a window in Scottsbluff, Scotts Buff Co 28 May 1982, recovered at a local veterinarian’s office overnight and released the next day (Cortelyou 1982), and 1 Jun 2019 Scotts Bluff Co.

Summer: Scarlet Tanager breeds most commonly in deciduous forests in the Missouri River Valley, in lower numbers in the Niobrara River Valley west to western Brown and Keya Paha Cos, and in small numbers in Platte River Valley floodplain forest west to Dodge Co.

Along the Niobrara River Valley breeding probably occurs west to the Niobrara Valley Preserve in western Brown Co, where Brogie and Mossman (1983) considered it uncommon and found a nest with young there 22 June 1982. There have been very few summer reports along the Niobrara River Valley west of Brown and Keya Paha Cos since Ford (1959) and Short (1961) found birds west to the Valentine area; however, reports may be increasing. A singing male, possibly a migrant, was at Fort Niobrara NWR 17 May 2015, singles were at the Valentine City Park 3 May 2016 and east of Valentine in Cherry Co 19 Jul 1995, a singing male was east of Smith Falls SP in Cherry Co 20 Jun 2015, and another was in the same area 4 Jun 2018. Adult males were at Fort Falls, Niobrara NWR 16 Aug 2005 and 10 Jul 2021. Four males were along Fairfield Road, Brown Co 23 Jun 2022.

Early Jun reports from Thomas and Logan Cos in the Loup drainage are probably late spring migrants, although it reportedly nested at NNF Bessey, Thomas Co until 1958 (Bray 1994), and Mollhoff (2001) shows a “probable” breeding record along the Middle Loup River on the Custer and Valley Cos line.

Breeding apparently occurs in the Platte River Valley, although the current western extent is uncertain. There is an old nesting record for York Co prior to 1897, reported by Tout (Jorgensen 2012). In the western Platte River Valley, a nest was found with adults nearby in Lincoln Co 12 Jun 1938 (Tout 1947). Recent breeding reports, however, extend only to Dodge Co, where it summers regularly; one was singing in Nance Co 18 Jul 2013 and another was there 8 Sep 2012.

In the southeast away from Missouri River Valley counties, Mollhoff (2016) showed confirmed breeding in Seward Co during the period 2006-2011. There are additional breeding season reports from Seward Co 16 Jul 2008, and Butler Co reports 20 Jun 2013 and 3 Jul 2014, suggesting small numbers may breed in the oak woodlands associated with the upper Oak Creek drainage.

Departure is in late Sep.

There are a number of reports mid-late Jul into Aug away from known breeding areas which are probably early migrants. Immature birds disperse from their natal site within weeks (Mowbray 2020) and fledglings have been reported in Nebraska as early as 12 Jun (see Breeding Phenology), which would allow time for dispersal from the breeding area. Reports that fit this schedule are 17 Jul 2012 western Custer Co, 24 Jul 1997 Stanton Co, 26 Jul 2013 Seward Co, 28 Jul 2020 Thayer Co, 31 Jul 1976 Lancaster Co, and 13 Aug 2015 Phelps Co. 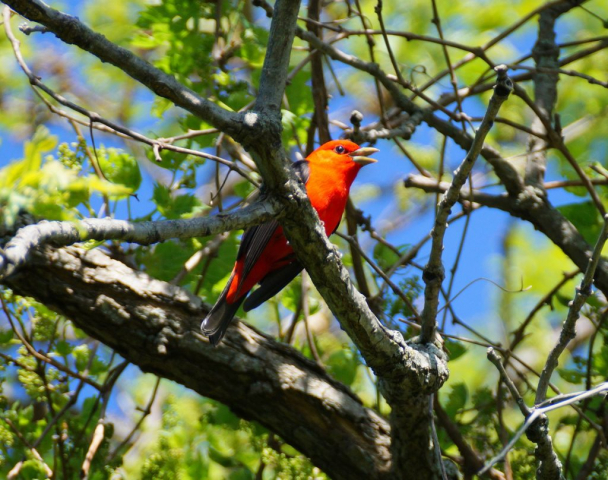 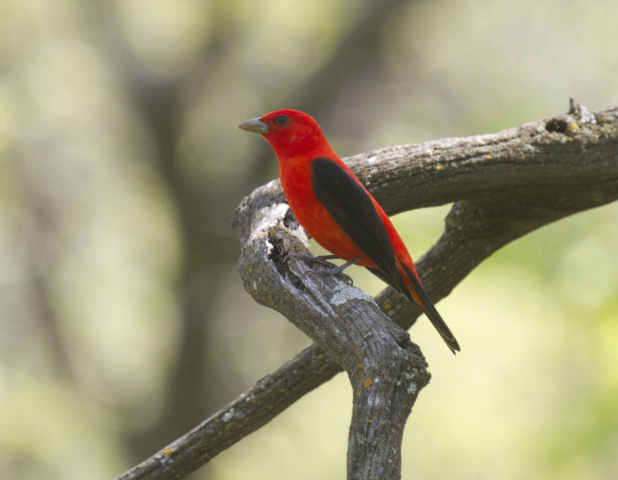 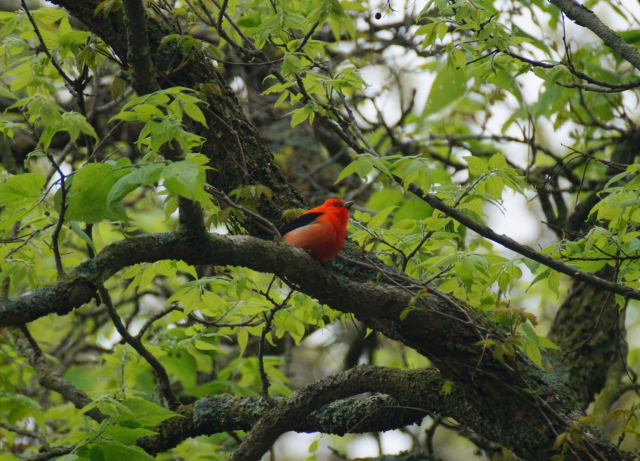 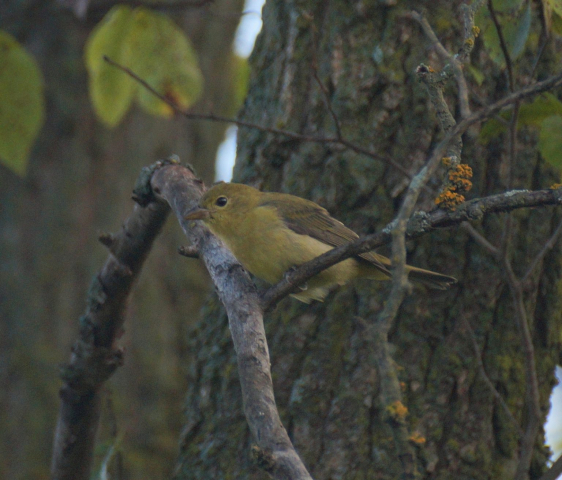 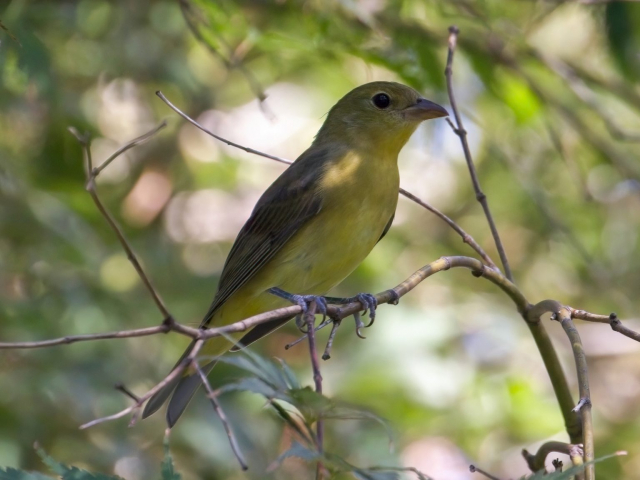