Taxonomy: Two weakly-differentiated subspecies have been recognized (Pyle 1997): confluenta, breeding from coastal southwest British Columbia to southwest California, wintering to western Arizona, and neglecta, breeding from interior southern British Columbia to southeast California east to southern Ontario and northwest Louisiana, wintering to southwest California and Mississippi. These subspecies were combined by Jaramillo and Burke (1999) and Gill and Donsker (2017) based on differences being only clinal, although Gill et al (2021) reversed their earlier position and recognized confluenta.

Hybridization occurs between this species and Eastern Meadowlark but is rare; see that species for discussion.

Bruner et al (1904) suggested that Western Meadowlarks from “the lake region of Cherry County” differ in some respects from both Eastern Meadowlarks and Western Meadowlarks from elsewhere in Nebraska, although “the sending of specimens east has so far failed to satisfactorily settle their relationship”. We were unable to find details on these differences; we are unaware of any DNA studies that have included samples from the Nebraska Sandhills population.

Spring: Migration timing is difficult to determine because of the presence of wintering birds, but arrival of migrants is characterized by small flocks of 15-40 birds (“choirs”; Lanny Randolph, Robin Harding, pers. comm.) which begin singing as early as late Jan. There was “multiple singing” in northern Antelope Co 12 Jan 2014, and 31 were singing near Darr, Dawson Co 9 Feb 2003. Far-flung singles calling as far north as Knox Co 14 Feb 1999 and as far west as Scotts Bluff Co 15 Feb 2002, as well as a group of 15 on 4 Feb 2006 may have been early migrants or wintering birds.

Main fall movement begins in Sep-Oct, when much of the western Sandhills is vacated; by Nov-Dec only wintering birds remain, mostly limited to the south and east (eBird.org, accessed October 2017).

Departure from the state varies from year to year. This is illustrated by a banding recovery in Arkansas 30 Nov 1940 of an individual banded in Lincoln Co, Nebraska 21 Jan 1940. This bird apparently wintered in Nebraska 1939-40, but had already left Nebraska and arrived in Arkansas, some 500 miles to the southeast, by Nov of the subsequent winter.

Highest single location CBC count was 578 at Lincoln in 1972, also the year for the highest total number of Western Meadowlarks on all counts, 1401. This contrasts with the low of only 58 in 1984. 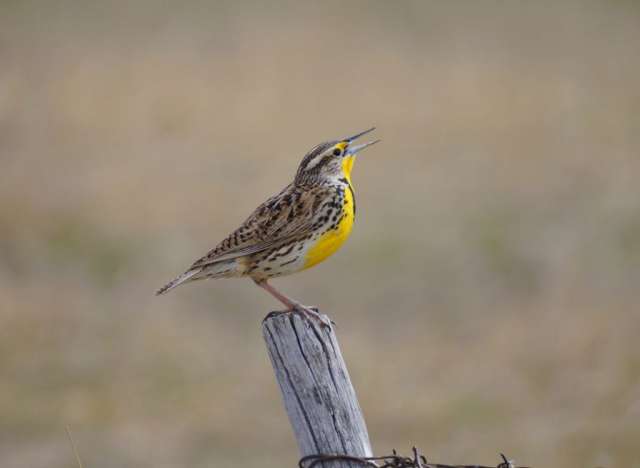 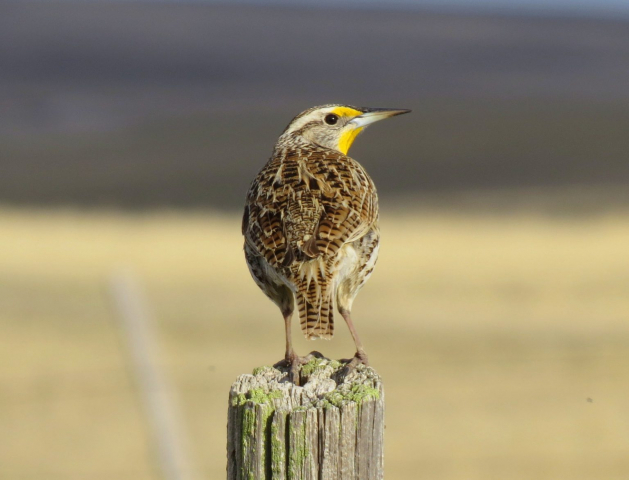