Changes Since 2000: Numbers have increased substantially since 2000, and, at the same time, so has breeding activity. Breeding was first recorded in 2001 in the Rainwater Basin and is now almost annual there.

Late dates above are away from likely breeding areas and are mostly tardy migrants; most move through in late Apr and early May, and dates from mid-Jun on are mostly non-breeding immatures or potential breeders (see Summer).

Summer: Since 1990, White-faced Ibis has been observed with increasing frequency and regularity on the Great Plains (Jorgensen and Dinsmore 2005). Historically, it had been assumed that White-faced Ibis was once rather common in the state but declined substantially in the period 1920-1960, possibly as marshes were drained, but Jorgensen and Dinsmore (2005) showed that this species was not in fact common at any time prior to the late 1980s. There is only a single record of breeding prior to 1984, a nest with eggs at what is now Harvard WPA, Clay Co 4 Jun 1916 (Swenk 1918).

Nesting was first observed in the Rainwater Basin in 2001, when 25 nests were discovered at Kissinger Basin WMA, Clay Co 15 Jun; some 75 birds were present, but they abandoned the area by 14 Jul, probably due to falling water levels, and apparently moved to Harvard WPA, Clay Co (Jorgensen 2012). Between 2001 and 2015 there were at least nine breeding attempts in the Rainwater Basin but decreasing water levels at nesting sites or cattle grazing (Mollhoff 2008) caused colonies either to be abandoned or to fail. Re-nesting occurred at Harvard WPA in 2010; 12 nests and 50 adults were there 7 Jun, but on 5 Jul 15 nests and 42 adults with eggs were found, suggesting that the earlier nests were flooded (the water was about 18 inches higher) and the birds had re-nested. In 2013, 50 birds and 20 nests were at Harvard WPA 21 Jun; numbers increased to 83 on 20 Jul, the latter count likely including newly fledged birds, but successful breeding was not confirmed. In 2015, a colony of 70 White-faced Ibis were tending at least 11 nests at Harvard WPA 7 Jul, and also at a second site, Kirkpatrick Basin North WMA, York Co, young were successfully fledged 8 Jul. Four young fledged from the York Co colony, and on 10 Aug, these two colonies had 50 and 10 juveniles respectively. When water levels are suitable, Harvard WPA has become a regular nesting site; in 2019, up to 70 adult birds were present and multiple nests with eggs and/or young were observed on 17 Jun and 24 July, and 10-20 fledged birds were present on 20 August (Jorgensen and Brenner 2019).

Nesting away from the Sandhills and Rainwater Basin is unknown, although a group of 10 at Harlan Co Reservoir, Harlan Co 30 Jun 2005 was of interest; 1-2 remained through Jul, and a few were frequenting cattails there 16 Jul 2006 and were thought “possibly breeding”.

Early dates above are away from potential breeding areas. Early dates for fall movement are difficult to discern due to the increasing numbers of ibises summering in the Sandhills and Rainwater Basin. It is difficult to identify fall Plegadis ibises to species although the vast majority are White-faced Ibises. 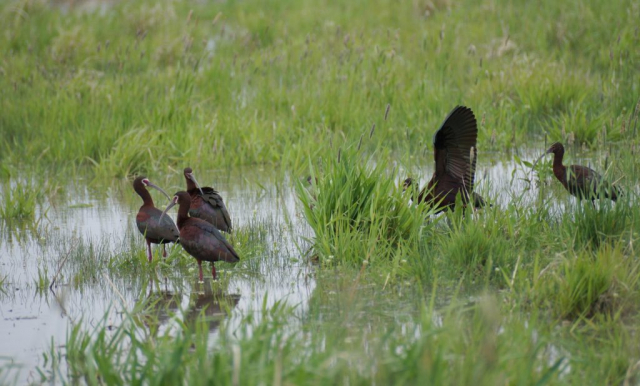 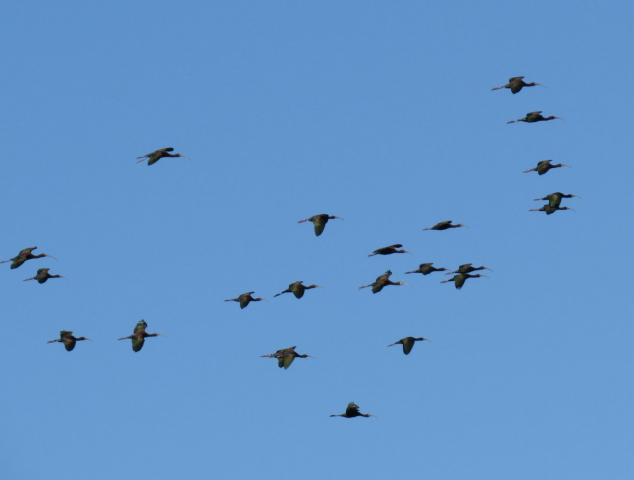 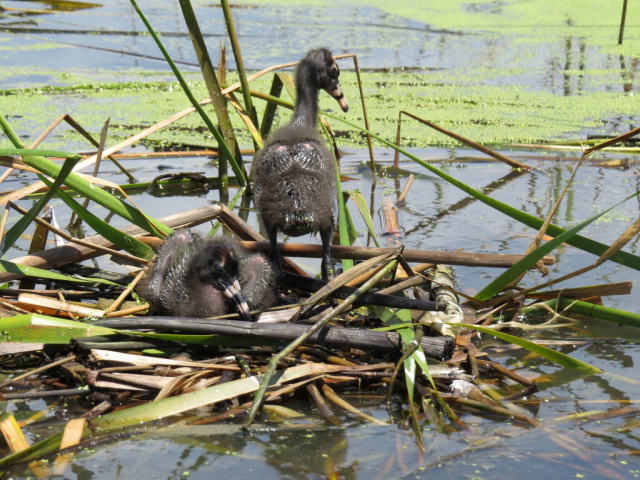