See Mallard for a discussion of Mallard taxonomy and hybridization with that species.

A presumed hybrid was at Branched Oak Lake, Lancaster Co 14 Feb 1999 and a few female-type birds at Carter Lake, Douglas Co during winter 2013-2014 had greenish tinges to their crowns. The male of a pair in Sarpy Co 22-23 Mar 2014 had greenish feathering on its head, likely a hybrid. Two hybrids were reported in spring 2016: one at Lake McConaughy, Keith Co 2 Jan, and another in Platte Co 7 Jan, the latter a dark bird but with brownish coloration in its breast. A photograph of a bird in flight in Dodge Co 19 Mar 2018 (Croshaw, https://ebird.org/view/checklist/S43788059) suggested mixed parentage.

Changes since 2000:  There was a >50% decline in overall numbers of this species in North America between the 1950s and 1980s, and subsequent conservation efforts have had little impact due to the lack of habitat or behavioral differences between this species and Mallard (Baldassarre 2014). Between 1998 and 2019 the population declined from about 939,900 to 729,400 (US Fish and Wildlife Service 2019, Table B5). This species was rare but regular especially along the Missouri River Valley in Nebraska as a migrant and winter visitor as recently as the 1980s (See Figure 1, Appendix below).

Movements of this species coincide with those of Mallards, suggesting increased numbers during spring and fall but with a notable winter presence as well. Almost all sightings are in the east in the Missouri River Valley counties. During Zeillemaker’s five-year tenure (1978-82) at Crescent Lake NWR, Garden Co and North Platte NWR, Scotts Bluff Co, he recorded no American Black Ducks (Roger Sharpe, personal communication).

Summer: The few summer reports are in the period 7 Jun-22 Aug. Although it is likely that some summer reports of American Black Duck may result from the difficulty of identifying this species compared with the rather dark-plumaged Gulf Coast Mottled Duck (A. fulvigula maculosa) or possibly Mexican Duck (A. diazi), there is some westward molt migration of American Black Ducks in late May and early Jun by males, usually to Manitoba and Saskatchewan (Baldassare 2014), which might be a source for a few summer vagrants in Nebraska.

A female (greenish bill) was reported as an American Black Duck at Jack Sinn WMA, Saunders Co 31 May-11 Jun 2016; it was studied at a distance but had a “dark blue-purple speculum with no white edging”, thus possibly a Mottled Duck.

An intriguing source of summer birds, especially near population centers, may be released Easter ducklings (Cortelyou 1975). 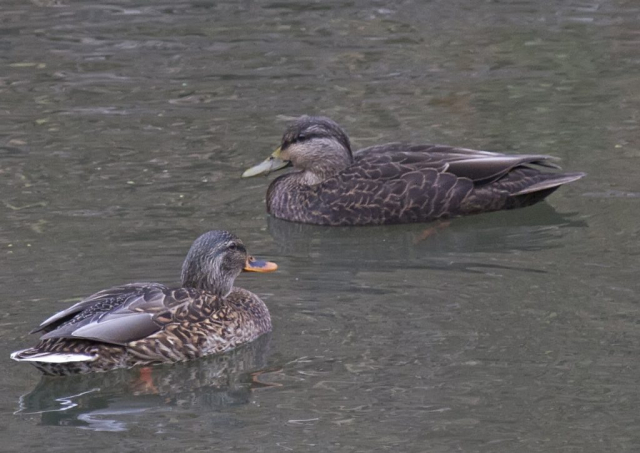 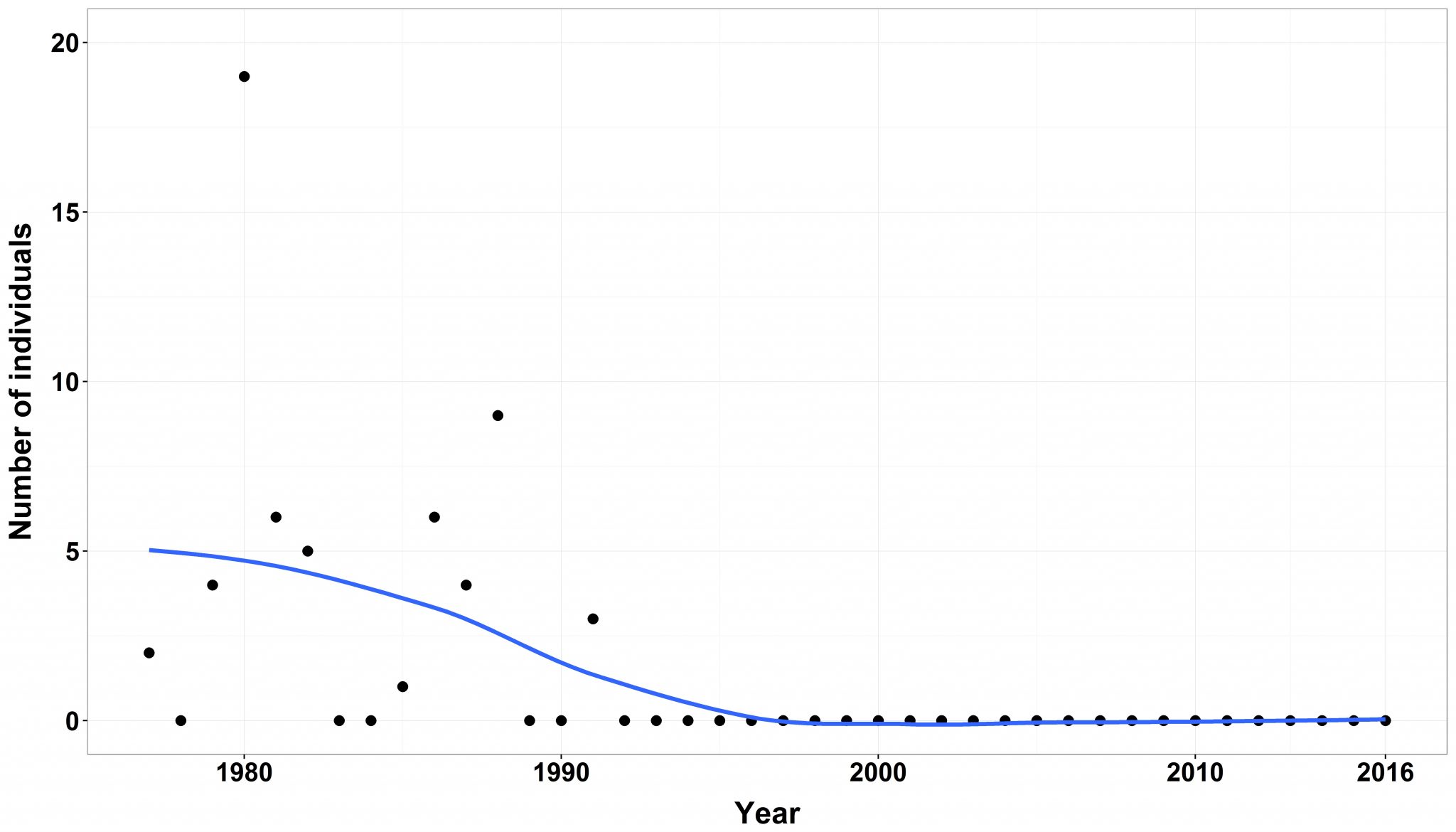 Figure 1.  Number of American Black Ducks recorded during the Desoto Christmas Bird Count (CBC) 1977-2016.  The graphic shows the species was regularly observed in the late 1970s and 1980s, but has not been recorded since 1991.  Points represent actual counts and trend line created using locally weighted scatterplot smoothing (LOESS) in R Studio (2015).