This species was recently moved from genus Anas to genus Mareca, based on genetic studies (Chesser et al 2017).

A normal variant in male American Wigeons is the colloquially named “Storm Wigeon”, or “White-cheeked Wigeon”, prized by hunters, that has white cheeks instead of the usual gray (Mini et al 2020). One was in Antelope Co 8 Apr 2018 and possibly the same bird was there 31 Mar 2020.

Early dates above are north of the winter range. The initiation of migration is coincident with the thaw of frozen rivers, lakes and ponds, typically in late Feb. Numbers peak in mid-Apr, with a few stragglers into early May and even into June. It is difficult to determine the end of spring migration as lingering at wetlands statewide into early Jul occurs often. Late dates above are away from the potential breeding range; there is a later date 6 Jul 1988 Stanton Co.

Although there are few documented records of breeding, there are numerous summer sightings in areas where breeding might occur. Most of these are in the western Sandhills in southern Sheridan, northern Garden, and Grant Cos, extending northeastward to Valentine NWR in Cherry Co. Reports of presumed non-breeders in summer generally involve low numbers, but 1000 were estimated in the Maverick Lake area of Crescent Lake NWR, Garden Co 5 Aug 2021.

Reports from counties adjacent to the breeding range shown in the above map that might indicate local nesting are from Scotts Bluff, Sioux, Dawes, McPherson, and Thomas Cos. There were several reports at Funk WPA, Phelps Co 1997-2001 suggestive of local nesting there.

The beginning of true fall migration is evident in early Sep although 24 on 25 Aug 2006 in Keith Co and 20 on 18 Aug 2020 at Crescent Lake NWR, Garden Co were probably early migrants or possibly males assembling pre-molt. Baldassare (2014) stated that failed breeders and males begin to assemble in Jun-Jul to molt. Five reports from Lake Ogallala, Keith Co 15 Jun-27 Jul suggest this is a molt location, as it is for Common Merganser (see that species). The Rainwater Basin may also be such a site; there are 13 reports 16 Jun-22 Jul. Probable molt migrants were 10 in Harlan Co 27 Jul 2000, four in Keith Co 7 Aug 2020, and eight in Hall Co 8 Aug 2020.

Peak migration occurs Oct-early Nov, but significant numbers may persist into mid-Nov with stragglers into Dec. A late high count was the 624 at Lake McConaughy, Keith Co 30-31 Dec 2011. 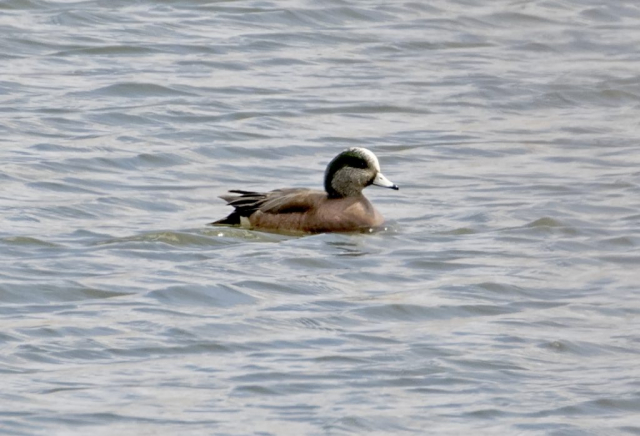