This species was recently moved to genus Spatula from Anas, based on genetic studies (Chesser et al 2017).

Hybrids with Cinnamon Teal are regularly reported; most readily identifiable are males that resemble Cinnamon Teal but with the white facial crescent of Blue-winged Teal.

There are earlier reports of one photographed 18 Feb 2017 Lincoln, Lancaster Co and one 24 Feb 2006 Lancaster Co. Typically, arrival is in mid- to late Mar, with peak numbers occurring around mid-Apr, but large concentrations continue into early May.

Detectable fall movement is evident by mid-Aug, with numbers peaking early to mid-Sep. Most Blue-winged Teal concentrate in fall on the northern Great Plains prior to moving to the Atlantic Coast and then to wintering grounds in Central America and northern South America (Baldassarre 2014). Small groups may remain in the state until late Oct. There are 11 later dates in Nov and Dec, latest the 12 on the North Platte CBC 15 Dec 2012, two in Cedar Co 15 Dec 2016, a pair in Lincoln, Lancaster Co 18 Dec 2000, one on the Omaha CBC 18 Dec 2010, one on the Ames CBC 18 Dec 2012, and one in Scotts Bluff Co within three days of 20 Dec. There are three reports for Jan (see Winter). 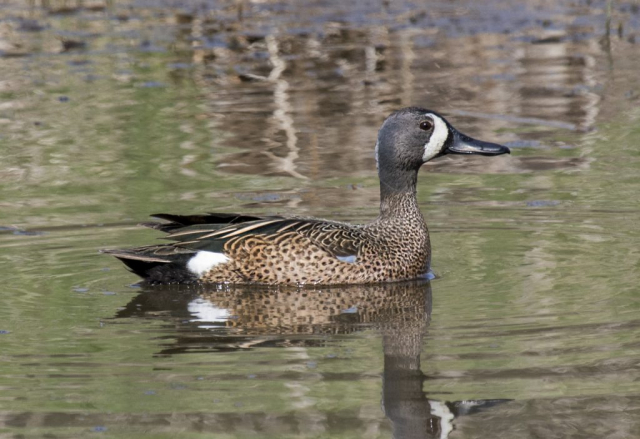 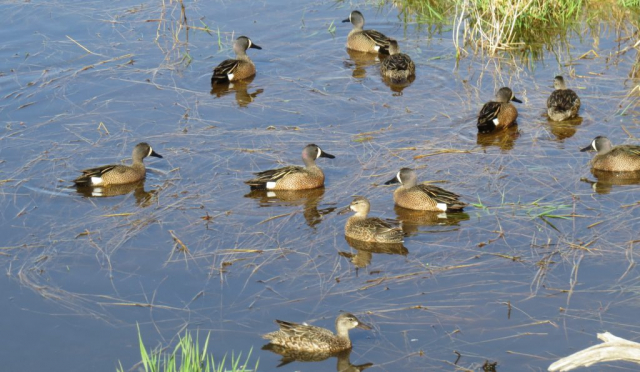 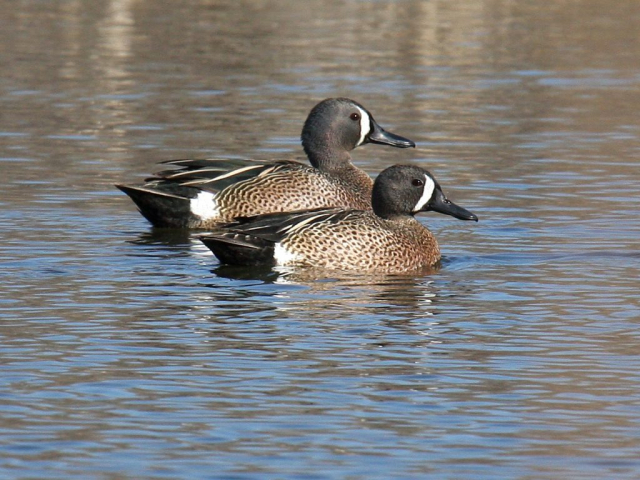