There is a single Nebraska record of a hybrid between this species and Bufflehead; one was photographed in Dodge Co 19 Apr 2020 (Croshaw, eBird.org). There are some 50 records of this hybrid for North America (eBird.org).

Despite the presence of wintering birds, spring movement is evident beginning mid-Feb and early Mar, often occurring with frozen water bodies opening up as a result of warming temperatures. Numbers peak in mid-Mar and decline quickly into mid-Apr.

Migration begins in late Oct, although there are earlier reports of and 21-28 Oct 2018 Lancaster Co. Peak numbers occur in mid-Dec. 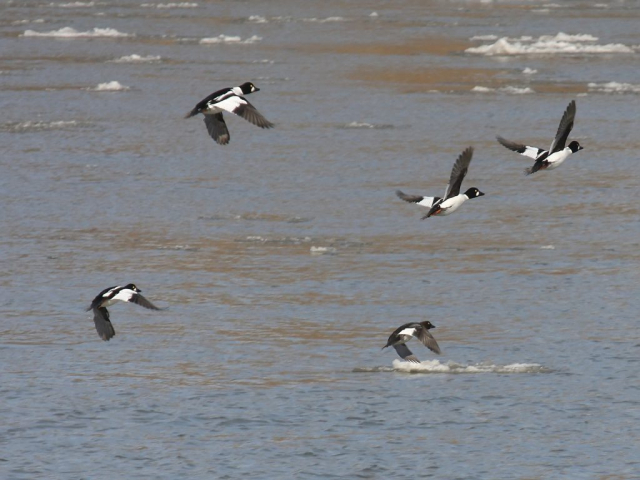