An intriguing report was of an apparent hybrid at Offutt Base Lake, Sarpy Co 30 Mar 2018; its identification was uncertain, but it was likely a mix of Ring-necked Duck and Lesser Scaup, or, based on its contrasting black and white appearance, Tufted Duck and Lesser Scaup, although the bird did have a pale area on its bill suggestive of Ring-necked Duck.

Changes Since 2000: Increasing occurrence of mostly males in the Rainwater Basin late Jun-early Aug is suggestive of an establishing molt migration location. This species is rare anywhere in Nebraska in summer.

The earliest arrivals are coincident with the spring thaw; probable migrants were 12 on 30 Jan 2010 at Kearney, 12 at Boystown Lake, Douglas Co 1 Feb 2012, and 11 on 30 Jan 2016 at Lake Wanahoo, Saunders Co. Migration peaks during late Mar and early Apr, but small numbers occur into May. See Summer for later Jun reports.

Summer: This species was described as a “regular historic nester” prior to 1920 in the Sandhills (Ducey 1988); this statement appears to be based on Oberholser and McAtee (1920), who “observed” Ring-necked Ducks at several Sandhills lakes in Jun 1915, a wetter year than usual, but provided no proof of breeding (Mollhoff 2022). Reports from Crescent Lake NWR 1972 and 1978 described young “raised to flight stage” but without further details (Mollhoff 2022). Today, a breeding occurrence in Nebraska would be considered extra-limital; the nearest regular breeding is currently in far northeast South Dakota (Tallman et al 2002). Thus, surprisingly, the first modern Nebraska breeding record was of a hen and brood photographed on a wetland at NNF McKelvie, Cherry Co 16 Sep 2019 (Greg Wright, personal communication; photo). A possible brood was at the same location 27-30 Jul 2020, but photos were equivocal.

Reports from locations like the Sandhills and Rainwater Basin that might be expected to host nesting birds are few but almost annual since 2000, especially in years with good water conditions. Many if not most may be one year old non-breeders resulting from late broods the prior year and delayed sexual maturity, and from mid-Jul molt migrants can occur. Males and unsuccessful females depart breeding locations by 15 Jul to molt in small groups in remote parts of the breeding range (Baldassarre 2014). Most late Jul Rainwater Basin reports are of males, suggestive that a few from the relatively close Minnesota breeding range might molt in Nebraska.

Fewest winter reports are mid-late Jan; northerly such reports in Madison Co in 2021 were of up to 15 at Skyview Lake throughout Jan, and up to 10 at nearby Ta-Ha-Zouka Park 13-15 Jan. Good numbers for location and date were up to 120 in the Gavin’s Point Dam area, Cedar and Knox Cos 3-17 Jan 2022. 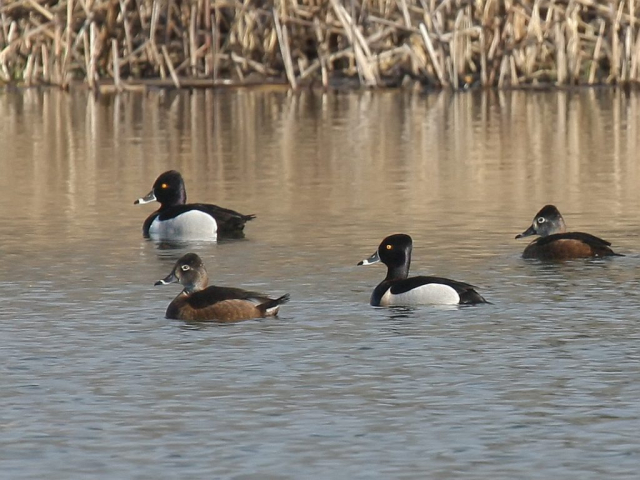 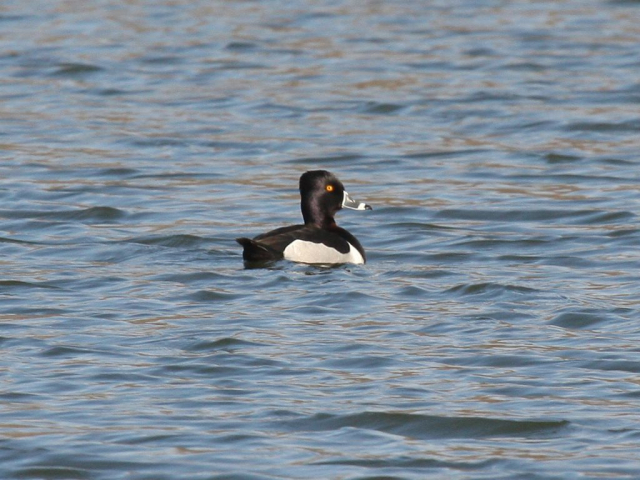